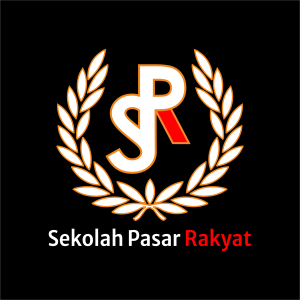 The Beauty of Floating Market in the City of Thousand River

When I come up with floating market, some of you might figure out an old RCTI advertisement channel a while ago. Yeah, I do too. I still clearly remember a woman with her traditional wide cap called “caping” above her boat selling vegetables and showing her thumb. Beautiful!

In the end of 2011, I joined a volunteer organization which concern toward the development of traditional market called “Sekolah Pasar”. It’s kind of school for traditional market merchants. Being a volunteer in this organization makes my desire to visit a floating market getting bigger and bigger. I am curious about floating market since I was child but I never really had chance to visit this market until this year, I finally got the chance. This floating market is located in the city of thousand rivers called South Borneo.

The activity in this market usually starts at dawn or about 5 am until around 9 am. It takes about one hour driving from the airport to Martapura river harbor. From the harbor, we have to take jukung (small boat) or klotok (small boat with machine) as the only transportation to reach the market. I rent a klotok which costs IDR 100.000 for return way. Alright, I am ready to down the river to the floating market. On the way to the market, I saw many people using their jukung or klotok passing by. Also, there are so many resident houses called “lanting” along the river. Lanting is kind of traditional raft houses in Borneo with floating raft foundation which are constructed by big tree branches.

It was 5.30 am; there I could see many people in their houses doing their daily activities. I saw some children taking a bath in the river. I also saw a woman washing their clothes. Another woman was slicing vegetables for breakfast I guess, and so on. The people’s life in lanting is basically the same with the one who live in land. There are some lanting which are also opening shops, such as daily needs shop, oil shop, and others. One of the interesting things about lanting that I found is that lanting has two front parts, one part faces to the river and another part faces to the land.

After 30 minutes journey, I finally saw many jukung and klotok gather together. Yay! Welcome to the floating market! There are so many merchants who are mostly women. I was there in the middle of the merchants. They sell different kinds of goods. Some merchants sell vegetables, some others sell fruits such orange; jambu, mango, and others. Besides, there were also some merchants who were selling traditional snacks or meals. Most of the products they sell are mostly coming from their own production or harvesting. Using their jukung, the merchants are moving around to find a customer.

There were many foreign and domestic visitors when I was there. Some people seemed bargaining to buy some goods and some others are busy capturing the moment by taking pictures. I met a new friend from Cape Town – South Africa there. He said that he really loves to see this unique market. Yes, seems like every visitor thought so. I bought couple of boiled corns for my breakfast from the merchants which just passed by. I wanted to buy more but the merchant said that one box (50 corns) left is going to be sold to the other merchants. So, I just understood that most of the merchants here are actually reseller. Only some who came here to shop as individual. They sell their products to another merchant and they will sell the products they bought to houses door to door. Some sellers even just do barter there. It was very interesting.

Overall, it is a remarkable experience when you touch down the river, floating market, and lanting, especially who live more in the land. You will be able to see and to feel the life in a region which has more than hundred rivers across the city.

Hence, a synergy between the government, the resident of South Borneo, and us as the visitors’ candidate is necessarily important. The government should taking care of the river tourism object in South Borneo better. A tour package to the floating market, experience lanting as living in the river, and others potential would be a good idea to offer to the visitors. Then the resident, together with the government, should participate in the development of the river tourism object. We also should support it by visiting more local tourism such as floating market rather than going to tourism object abroad.

I wonder if “Sekolah Pasar” could be there to give education of how doing a business toward the merchants in the floating market. I am sure that the existence of this organization is needed to develop the floating market into a better market.